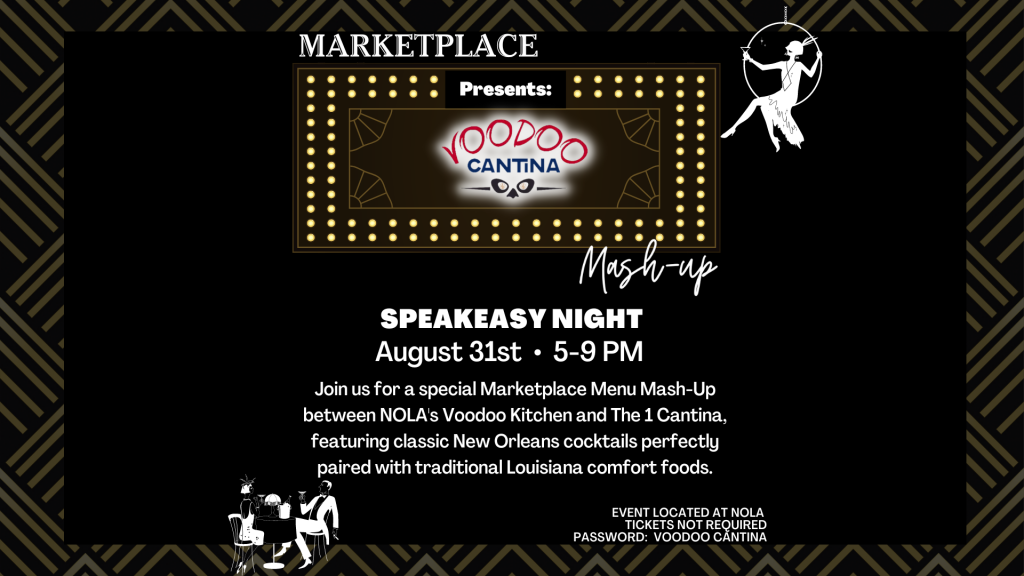 The official cocktail of New Orleans pairs perfectly with the most known dish in Louisiana. The slightly sweet flavors of the absinthe and bitters-soaked sugar cube blended with the spiciness of the rye whiskey holds up against the complex flavors of the multi-ethnic influenced jambalaya.

The iconic born-in-New Orleans sandwich explodes with flavors from its array of Italian cold cuts and that unmistakable olive salad. It deserves an equally flavorful cocktail, and a Pepper Vodka Bloody Mary is just the ticket!

The messy meaty cheesy creation is tamed by the pretty as a picture Vieux Carré – translation Old Square -which is another name for The French Quarter. This drink has been described as boozy, sweet, bitter, and smooth – “like New Orleans in a glass”.

Georgia pecans, Kentucky Bourbon and Louisiana praline sauce come together in a rich, gooey slice. The sweetness of the pie is enhanced by the earthy cinnamon and nutmeg in this libation born in Scotland but perfected in New Orleans!